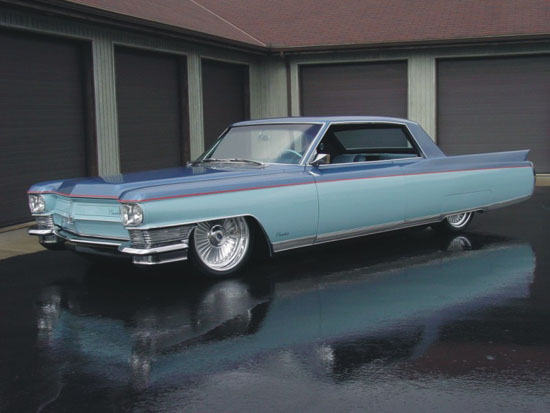 One of the most popular auto events in America chose Penfound Design to feature a vehicle in the prestigious Builders’ Showcase of the National Street Rod Association Nationals Plus August 5-8, 2010. Along with a selected group of hot rod and custom car builders from around the country, Penfound Design brought the 1964 Cadillac Cambiar to be shown in the Louisville, Kentucky, Exposition Center. The 30 vehicles on display represented a cross-section of the state of the special interest car building industry, according to NSRA representatives. 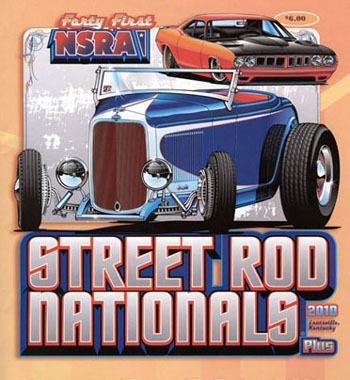 “The NSRA Street Rod Nationals Builders’ Showcase is a highlight of the premier event in street rodding. The builders of the vehicles included in the NSRA Builders’ Showcase have garnered any number of top awards and honors….their creations have been used in advertising campaigns or as special interest vehicles at the SEMA Show and other automotive aftermarket conventions and trade shows. This will be a unique opportunity to view these vehicles up close and in person.”

Penfound Design is grateful for the honor to be selected for the NSRA Builders’ Showcase, and looks forward to participating in future events.

The 1964 Cadillac Cambiar was on display at the annual Super Solon Charity Cruise, in northeast Ohio and was also selected as a Top 10 Finalist and sponsor choice for the event which includes hundreds of rods, customs, classics, muscle cars and trucks.

As a featured builder at the event, Penfound Design was highlighted in advertising and promotional materials, and the award picks it received were a special bonus for the car. The Super Solon Charity Cruise, which is presented by the Rock N Roll Capital Street Machines club, is a major highlight of the weekly cruise-ins and shows that continue throughout the summer. The event sponsorship includes Summit Racing Equipment with contributions to charities which include Shoes and Clothes for Kids.

Cambiar was presented with the “Top Ten Finalist” award as well as a sponsor choice from the Hensel “Gearage”. The annual Solon event was held July 24, 2010. 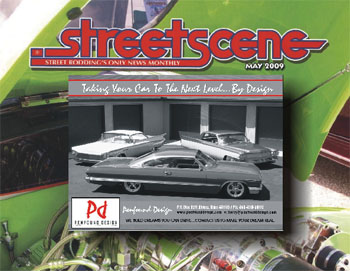 Advertising which highlights Penfound Design cars is being featured in the magazine of the National Street Rod Association, StreetsScene. As one of the oldest enthusiast auto groups in the world, the NSRA was founded in 1970 and in its own words “produces 11 of the world’s biggest and best specialty vehicle events”.

The NSRA considers the StreetScene magazine as a main benefit of the many services and programs offered to members, which also include helpful state representatives who consult on car building and safety issues, participation of dozens of aftermarket suppliers in shows and a nationwide voluntary Vehicle Safety Inspection program for members.

The premier event in the sport is the NSRA Street Rod Nationals Plus, which brings an estimated 10,000+ vehicles to Louisville, Kentucky. The 2010 event, the 41st Annual show, supports the NSRA’s slogan ‘Fun With Cars’.

Penfound Design cars have been featured at National Street Rod Association events and it makes perfect sense to advertise in the NSRA StreetScene magazine. 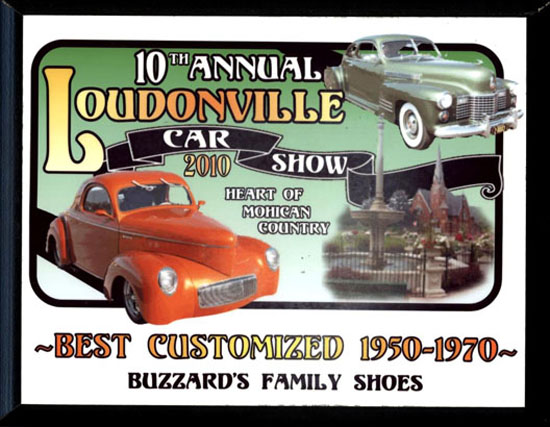 With hundreds of vehicles lining the picturesque historic streets of Loudonville, Ohio, there was lots of competition for custom cars, hot rods, vintage and muscle cars. The 1959 Buick LoSabre was well received, however, and was picked as Best Customized 1950-1970 Car at the event.

As the tenth annual Loudonville Car Show, the event has grown dramatically, with some participants arriving at dawn to grab the best parking place around the downtown park or along the side streets around it. The car show also features bands, a swap meet, lots of food vendors and excited downtown merchants selling antiques, books, clothing and ice cream to the hundreds of folks attending the event.

While the temperature was in the 90s, the event was a popular destination, and had a huge turnout for its 10th anniversary.

Spreading the word about Penfound Design 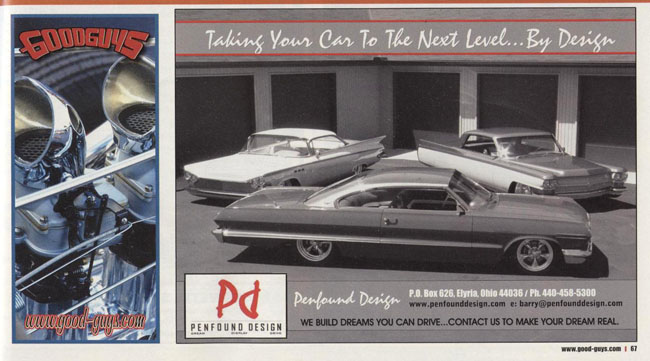 To introduce Penfound Design to an even wider audience, advertising has begun in one of the most respected hot rod and custom car club magazines in America…the Goodguys Gazette.

Featuring three of Penfound Design’s cars, the 1959 Buick LoSabre, 1964 Cadillac Cambiar and 1963 Chevrolet Impala SportsRoof, the ads encourage potential customers to ‘Take Your Car To The Next Level…By Design’.

The Goodguys Rod & Custom Association “promotes and produces some of the world’s most dynamic automotive events” as explained in their website. “Why? Because we’re car people like you.” Founded by Gary Meadors in 1983 Goodguys holds more than 20 events across the country, each featuring hundreds of cars and thousands of spectators. Goodguys is the world’s largest rod & custom association with more than 70,000 members. Most events feature rods, customs, classics, trucks, street machines and muscle cars through 1972, with select events welcoming all years of American powered cars and trucks.

Penfound Design cars have attended many Goodguys events, including the Nationals held in Columbus, Ohio, so it was logical to advertise in the Goodguys Gazette magazine which is sent monthly to members. It’s a great way to spread the word about what we do at PD.