A Smooth, Clean, 1961 Thunderbird That Pays Respect To The Past And Looks To The Future … Tealbird!

The late 1950s and early 1960s saw a new kind of custom car that used cool paint rather than extensive bodywork to get attention. Flames, panels and scallops were used in place of chopped tops and sectioning on what were then new cars. One of the true artists of the era was Larry Watson who built an iconic 1958 purple Thunderbird with silver scallops and pink accents. Tealbird echoes some of that car’s looks brought forward to the 21st century. It is dedicated to Larry who passed away in 2010 and to my mother who would have loved the car’s style.

There are few cars than can be called “factory customs”… the 1961 Thunderbird is one of them. Known as “bullet birds” because of their side profile, they are a great beginning for a custom. Tealbird started out as a very solid base in need of 21st century style and stance. The custom mixed PPG Deltron turquoise pearl brings the 1961 factory Aquamarine color up to date, with scallops of dark turquoise pearl matching the darker interior color. Smoothed bumpers, a modified grill, clear headlights, and a smoothed hood vent flow to the sides with deleted side spears, door handle buttons and locks. The filled skirts help continue the design to the bolt-free rear bumper with filled backup lamps. Inside, a new 1961 interior kit is used for the seat bolsters, with perforated biscuit-style 1960 Thunderbird light turquoise inserts. A new headliner compliments the seats and factory futuristic dash. Perhaps the most impressive elements of Tealbird are the one-off Hot Rods By Boyd/Penfound Design custom 19-inch wheels inspired by the original 14-inch hubcaps, and unique, custom blue line tires from Diamond Back Classic Radials. 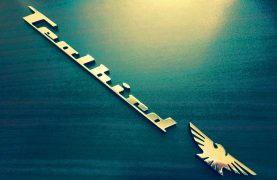 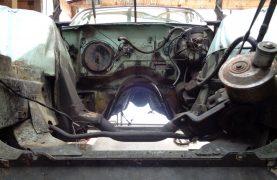 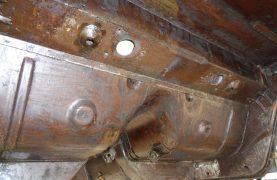 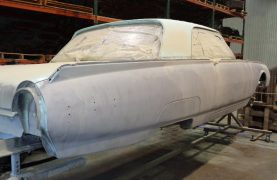 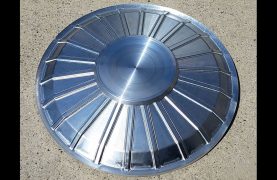 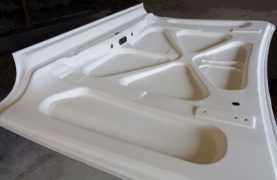 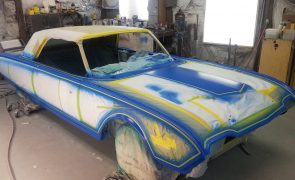 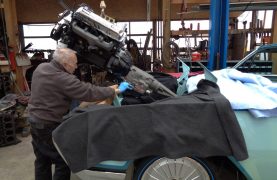 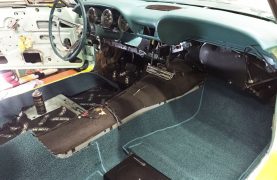 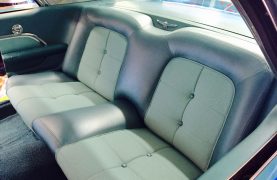