Not long after ‘LoSabre’ made its debut, many people asked “what’s next?” The answer was the Cadillac ‘Cambiar’. The notion was to apply the style, respect for heritage and “concept car” look of the Buick, but on a 1960s era car. While it is more modified than ‘LoSabre’, it maintains many of the features which made the Buick popular, like keeping its Cadillac engine, using 1977 New Old Stock Cadillac interior cloth, and using modern 20-inch wheels, in this case one-off Boyd Coddington units. Cambiar also began life as an illustration. 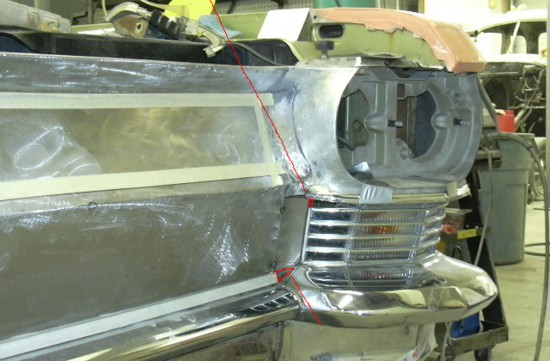 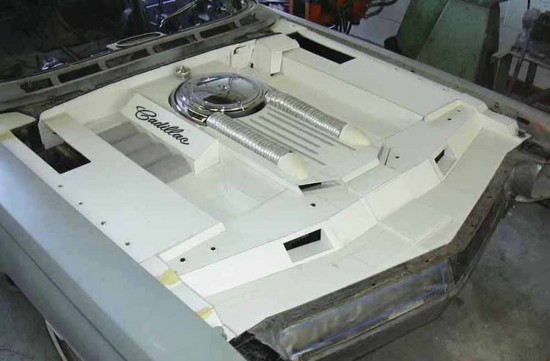 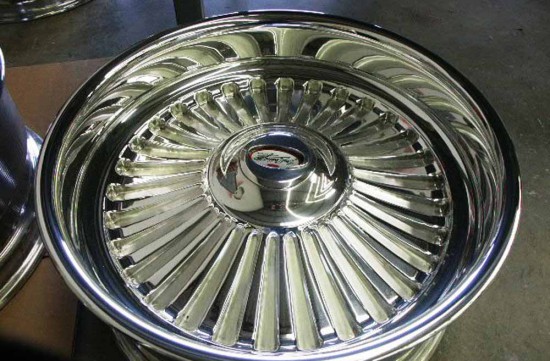 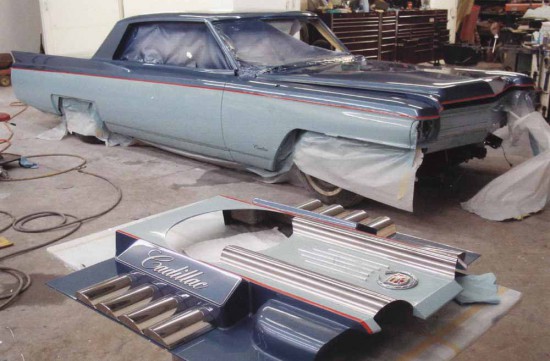 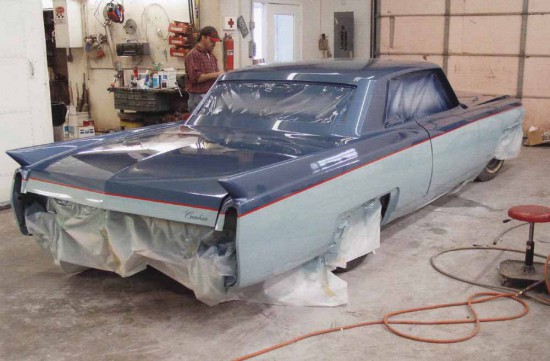 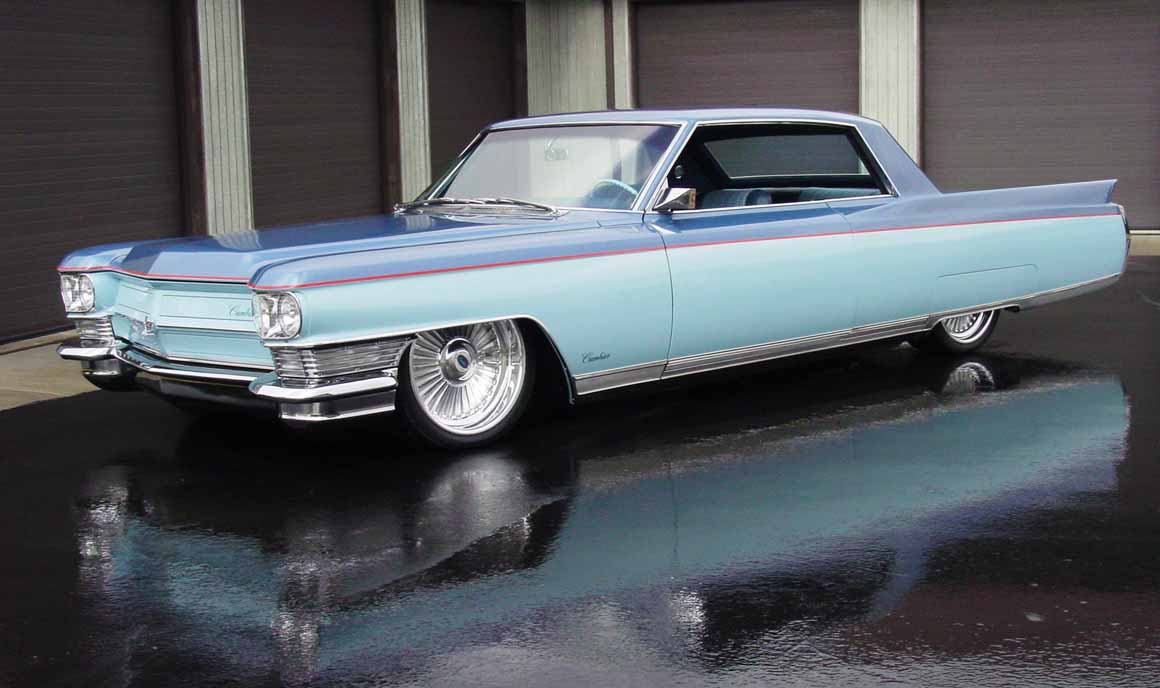