The first project from Penfound Design, a 1959 Buick Millennium custom called LoSabre, defined the concept of “DREAM…DISPLAY…DRIVE”. Like all Penfound Design projects, ‘LoSabre’ began as a DREAM … to take a 1950’s car with inherent style and make the most of it. The DESIGN for ‘LoSabre’ evolved through extensive photos of the original car, research of past General Motors “concept cars”, heritage elements like the original “nailhead” engine, and new trends like 20-inch wheels. A finished drawing of the car was also completed before any construction began.

The success of ‘LoSabre’ led to a 1964 Cadillac custom, ‘Cambiar’, which was completed in 2004. It has also won major awards like the KKOA Alexander Brothers Pick and the 2005 Dub Magazine “Best Of Show” award at the Detroit tour stop. In addition it was the first Penfound Design cover feature car in the November 2004 issue of Custom Rodder magazine.

The “Dream/Display/Drive” plan is just as effective for customer cars, as Elyria, Ohio, automobile dealer Jack Matia learned with the Impala SportsRoof project which made its debut at the 2006 Detroit Autorama. The “Dream” was to have an interesting and exciting car that could be used for Jack’s personal interest in cool cars, while also being a symbol for the style and fun of Chevrolet products.

From the first discussions of the car, Jack was supportive of the custom, and enjoyed seeing the car come together and reflect the look of the Steve Stanford sketch which had inspired the SportsRoof. The car moved from drawing to reality in a little less than a year and was ready for “Display” at the Detroit Autorama, Lowrider magazine Indianapolis tour stop, plus Goodguys and Super Chevy events across the country.

As the Sportsroof reputation grew, it was invited to appear in the NHRA Motorsports Museum in Pomona, California, for three months, and then was asked to be shown at the American Racing Equipment booth at the SEMA Show in Las Vegas, Nevada. It continued to be featured in magazines, on websites and in product literature. 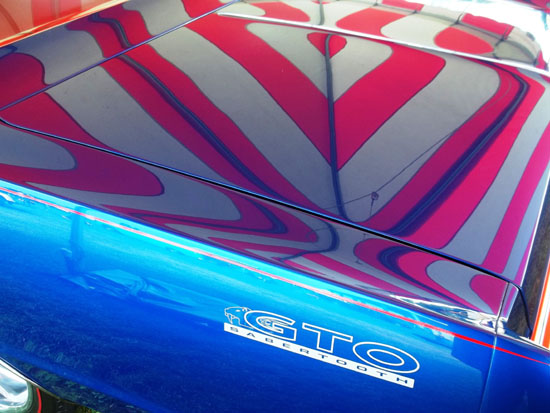 In 2012 the next Penfound Design custom concept made its own news. The Penfound Design stable of cars next centered on a survivor, original paint 1959 Chevrolet Impala. Created to leave the car capable of returning back to its original condition, the customizing consisted of new special grill, color-keyed bumpers, one-off wheels and other elements that could be converted back to stock condition. The changes were accomplished in only three months, and this “instant customizing” led to its name of “Inpala”. The hardtop got lots of attention at car shows, and was featured in Rod & Custom magazine, as well driving in the Hot Rod Power Tour. 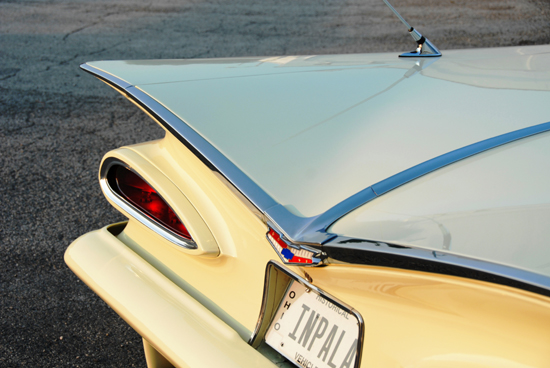 The 1964 Pontiac Sabertooth GTO made its debut at the Detroit Autorama and promises to bring the same ‘smooth and clean’ look of LoSabre,         Cambiar, SportsRoof and Inpala to the musclecar world. This 1964 real GTO had led a rough life before work began. Its radical modifications and signature red and blue color combination, led to a cover feature story in Pontiac Enthusiast and Smoke Signals magazines, and many product appearances including a wall poster for PPG Industries, Inc. Watch for it at indoor and outdoor events. 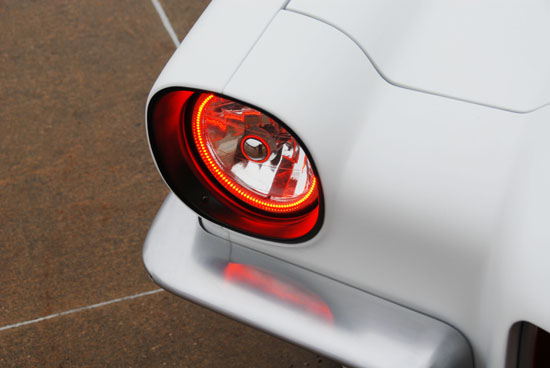 The 2015 custom concept, a 1970 Chevrolet Camaro called Scramjet, and built for client Jack Matia, made its debut at the Detroit Autorama, where it was a trophy winner, as well as winning its class at the Cleveland Autorama. It has been selected by several product sponsors for promotional use, including Auto Custom Carpets and Fesler, and participated in the Street Machine Of The Year Goodguys competition, Columbus, Ohio.

Several other Penfound Design projects are underway, which will continue the notion of “clean and smooth” while expanding on the idea of “DREAM…. DISPLAY….DRIVE”.

The Dreams that will Become Reality

It has been a great ride for Penfound Design, with six successful cars out on the street. The finished PD cars began life in various levels of condition, some as solid drivers, others barely able to start or move. It’s gratifying to see them as they bring smiles to owners, sponsors, media and spectators. The recurring question for Penfound Design is “what’s next?” to follow the cars that have already been built, so here are a few of the cars that will one day evolve into drawings and then be taken to that next phase when they will become a driver, a show car or a dream fulfilled. Stay tuned for further news as it happens. 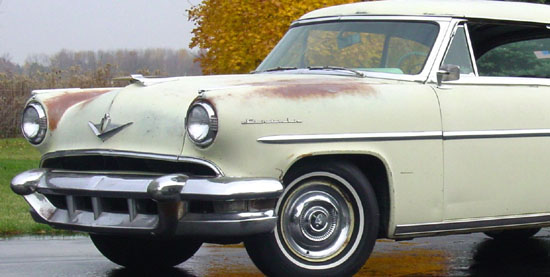 1954 Lincoln: This mostly original Capri is a strong, original survivor, that carries with it the great looks of early 1950s American cars. It has its own unique 317 cubic inch V8, uses a Hydramatic transmission from the factory, and has lots of luxury touches like the dash which wraps into the door panels, copper-colored instrumentation, and smooth hardtop styling. It has lots going for it, and is the great basis for a beautiful ‘smooth and clean’ custom.

1980 Chevrolet El Camino: The 1980-era Malibu and El Camino are almost the same size as 1955 iconic Chevrolets, and El Caminos brought car-like styling to workhouse pickup truck carrying capacity. Offered with most of the car options available on Malibus, El Caminos are rear-drive, use small block V8 engines, and feature a clean styling that is understated and timeless as it is now more than 30 years old! 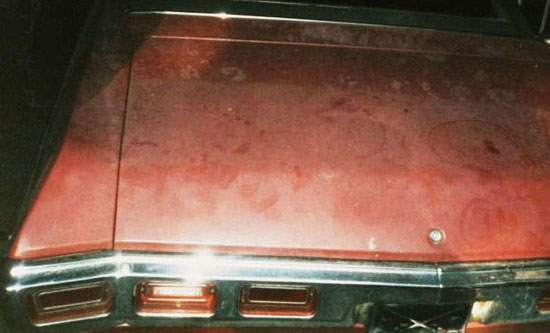 1969 Impala SS427: As the Chevelles and Camaros have dominated the Chevrolet side of the muscle car world, the full size cars are beginning to earn a reputation of their own. Known as a ‘businessman’s hot rod’, the large Super Sport Impalas were quiet and conservative, but still carried 427 cubic inch engines with available four speed transmissions, bucket seats and lots of luxury. They also have subtle styling and great personality. 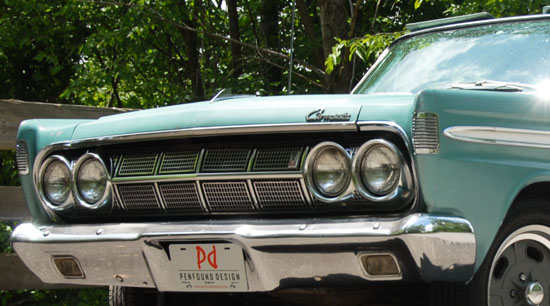 1964 Mercury Comet Caliente convertible: While considered ‘compact cars’ at the time, early 1960s Falcons and Comets are substantial cars in the era of the Ford Fiesta and Chevrolet Cruz. Available with 260 and 289 cubic inch V8s, power accessories, and a full line of sedans, wagons and convertibles, Comets are well-styled and a great foundations for a modern concept custom. They are the definition of a car that can be made ‘smooth and clean’ with a little thought and planning.

1961 Ford F100 Unibody pickup: While “smooth styling” and “pickup truck” are rarely used in the same sentence, the 1961-1963 Ford Unibody pickup is an exception. Without a separation between the body and the bed, the F100 has a car-like appeal while still retaining its truck roots. The era of modern luxury trucks hadn’t arrived when the Unibody showed up, but they still offered a 292 cubic inch “Y Block” V8 and enough options to make the trucks capable of work and play. 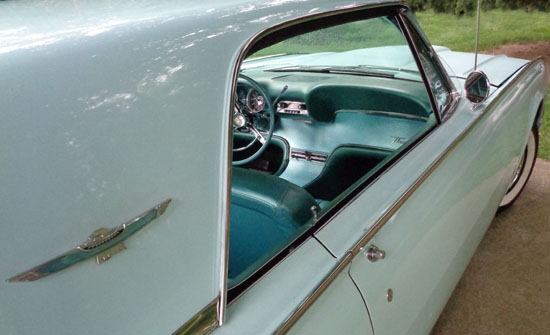 1961 Ford Thunderbird: When the two-seat Thunderbird was replaced by the “Square Bird” four passenger models in 1958, some people were upset, but it didn’t stop Ford from selling two to one over the earlier cars. In 1961 a new four-passenger Thunderbird arrived and has become a styling legend over the past 50-plus years. The clean, nearly concept-car shape, a show-car interior and solid construction have seen these cars gain in popularity. They are a truly special personal luxury car.